Over the years, the UOL has evolved into an organization for all ages with Senior and Junior chapters throughout the Church's parishes. Both the Senior and Junior UOL have National Executive Boards with officers who are elected at the National UOL Convention.

The UOL has the following Commissions that were formed to handle projects of top priority, the Chairperson is listed.

This Commission was organized in 1964 for the purpose of encouraging and assisting young men toward the goal of priesthood under the name Clergy Candidate Commission. The Commission Chair is responsible for the administration of the Metropolitan John Scholarship Fund which is used to award scholarships and continuing education grants to seminarians and clergy of our Church. This Commission works closely with the Consistory’s Office of Vocations and the Rector of Saint Sophia Seminary to promote vocation programs and activities. It is also responsible for notifying and encouraging chapters to honor their Spiritual Advisors on Clergy Appreciation Sunday.

Metropolitan John Scholarship Fund  :  Grants, Scholarships and Loans to seminarians and clergy with the goal of becoming a priest in the UOC of the USA.  For information click on the section to the right.

Additional information on the UOL Vocation & Clergy Support can be located HERE.

This Commission is responsible for Christ-centered outreach to all people by providing information and assistance to Chapters in establishing outreach programs as well as establishing national and international missions. This Commission works in close coordination with the Consistory’s Office of Missions and Christian Charity.  The Christian Caregiving and Missions Commission (CCMC) has coordinated fundraising efforts for Thanksgiving Tithing, Souper Bowl Sunday and a Spring Fundraiser. Donations have been made to support Mission Parishes, St. Andrew Society, Zoe for Life and the Eastern Orthodox Foundation.

November Focus is Thanksgiving Tithing.  For information please click the information box to the left.

UOL Essay Contest is open to all members of the Church. Age appropriate topics and specific questions are developed by the Essay Contest Chair and Committee and submitted for approval by the Metropolitan or other bishop.  UOL Essay Contest

If any online or in person seminars or retreats are scheduled please visit the information box to the right.

Current focus will be for Advent Lenten Period.  Please click the information box to the right for information.

UOL Tribute Fund provides a unique opportunity for anyone to Congratulate, Celebrate, and Commemorate special people and occasions. Commemorations are published in the UOL Bulletin. Natalie

The ABC’s of My Church Children’s Books In 2003 publication of the second printing of both books, Andrew’s First Holy Confession and Anne Learns about Holy Communion. Teresa Linck

The duties of this Commission include but are not limited to advising and directing the Junior UOL and conducting all projects and programs for the Juniors in addition to all programs for Pre-Juniors and Young Adults 26 in the UOL, and working with the Office of Youth and Young Adult Ministry.  Information on the Youth Programas visit YOUTH.

The Junior League Advisor is appointed by the Senior Executive Board. He/she serves as the advisor of the Junior UOL and as a member of the Senior Board.  For Jr. UOL Information, please visit their page at Jr UOL

Young Adult Chair plans activities for Young Adult members of the UOL. Events that have been planned included a Retreat at All Saints Camp during Memorial Day Weekend, Pre-Convention Days and a Ski Weekend in January. 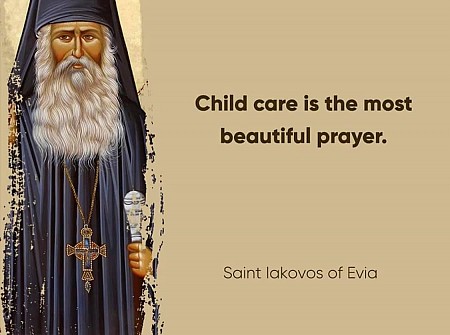 Public Relations Commission is responsible for the dissemination of information pertaining to the Ukrainian Orthodox League across different platforms of print and electronic media. The commission oversees the distribution of all content generated by National Executive Board members, and Chapter members. Responsibilities of the Public Relations Chairperson focus on Website, Email blast, Social Media, and Print material.

COMMITTEES NOT WITHIN A COMMISSION

The League’s archives have been filed and stored at a central location. Maintenance is
coordinated and supervised by the Chair, who is responsible for the following: Establishing a procedure for receiving archival material (historical UOL records). Maintaining and updating the UOC Archives files located in the Cultural Center in South Bound Brook, NJ

The Awards Committee Chair is responsible for administrating the Awards of the UOL, including the UOL Chapter Achievement Award, V. Rev. Stephen Hallick-Holutiak Award, the Metro J. Baran award and the Distinguished National Service Award which are presented at the UOL’s Annual Convention.

Chapter and Membership Development Committee is responsible for Initiating and continuing correspondence with groups or individuals interested in becoming members of the UOL. Providing information about chapter formation to prospective chapters.

Cultural Committee is responsible for promoting knowledge and awareness of Ukrainian culture through educational workshops, contests, articles in the UOL Bulletin and other dissemination of information.

Strategic Planning Committee is the method used by the NEB to incorporate Annual Convention Committee recommendations, policy resolutions, and board initiatives into an annual working plan based on goals and objectives. It involves starting with the “big picture” and the “long range” and narrowing the focus to broad goals, which are further narrowed to specific objectives, and finally an action plan.

UOL Bulletin Editor is responsible for the production and distribution of the UOL’s official publication, which is published seven times per year and mailed to all members. It contains timely news of interest to all members and highlights news items on national, regional and local events and activities. The editor is appointed by the President with the approval of the Executive Committee and serves as a member ofthe Executive Board.

Lynn Sawchuk-Sharon Kuzbyt Memorial Scholarship Committee oversees the application and distribution process for the scholarship, as well as coordinates all fundraising efforts for LSSK. Prayerfully Honoring the LIVES of the Innocent Victims of the War in Ukraine
5 May 2022 at 3:24pm